Kickstart your VR tour creation with the Transported Shop 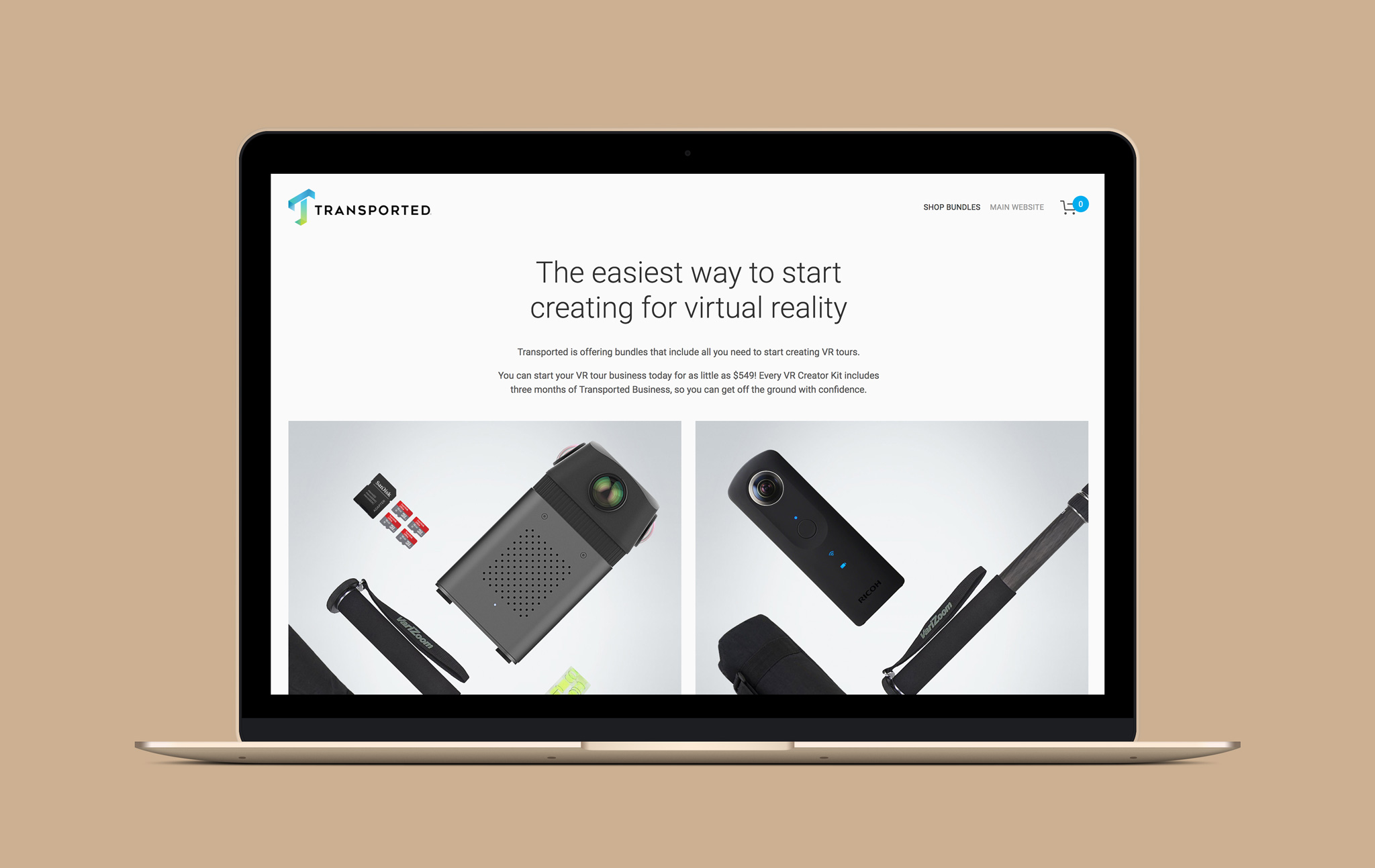 In the mid-1990s a technology called QuickTime VR by Apple made possible interactive 360° panoramic photos. However if never really took off, and in the intervening couple of decades, 360° panoramas were relegated to landscape photographers and hobbyists. But with the recent rise of virtual reality, we’ve seen an explosion of 360° photos and videos. Immersive 360° photos that you move your phone around to view are appearing more often on our Facebook newsfeeds. The New York Times has a dedicated VR team producing high-quality 360° films that embed the viewer into the Iraqi military or in the center of a rock concert. Film studios and TV networks are releasing videos that put you into the middle of a zombie attack or a shootout with Harley Quinn. We now regularly use Google’s Street View before we head out to a new neighborhood.

All this new content has been made possible by a huge acceleration in camera technology. Cameras with multiple lenses, all enclosed in a single body, allow content creators the freedom to tell their stories without getting hung up on the technicalities or technology. It’s easier to start than ever before.

And yet because there’s so much choice out there, customers have been coming to us and asking, “How do I get started? What equipment do I need to buy?” That’s why we’re happy to launch a store selling convenient bundles that allow anyone to get started in VR photography and tour-making. These kits are based on months of our own real-world testing. We’ve tried a number of VR cameras on the market, different tripods and monopods, and even tested DSLR setups. We’ve created help articles on both our recommended cameras as well as recommended accessories. The Transported Shop offers the convenience of ordering from a single source.

The bundles we’re offering combine the best professional-grade and consumer-level cameras we’ve found, with a compatible monopod (to keep the footprint to a minimum), necessary accessories, and three months of Transported.

We’re stoked to see how this can help photographers and entrepreneurs start or grow their businesses making VR tours for real estate agents, AirBnB listings, restaurants, hotels, wedding venues, and much more in their local markets.

Check out the store now
News and Noteworthy

Our experience at Realogy FWD